Born within a Bedouin tribe wandering the Syrian desert…

His father, leader of the tribe,
His mother, poor and disregarded...

He was brought up by his grandmother in poverty. She assumed he would be a sheperd and saw no need for school.

Mohed Altrad was born in a Bedouin tribe in Syria. After earning a PhD in computer science at the University of Montpellier and working for the Abu Dhabi National Oil Company, he founded what would soon become the Altrad Group, a World leader in the scaffolding business, the construction sector and the industrial services. The man was named World Entrepreneur of the Year by Ernst & Young in 2015. He has published several novels (Badawi, L’hypothèse de Dieu, La Promesse d’Annah) and management books.

He was born to a very young mother and his Bedouin father gave him away to his grandparents at age four, following his mother’s death. No document recorded the day he was born into a Bedouin tribe.
To make birthdays easier, his children picked a date out of a hat.

As for the birth year, he had to choose one when he came to Montpellier (France), to start a new life; 1948 sounded about right. 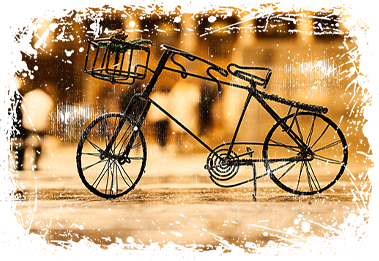 A few years later he went to live with another relative near Raqqa. He earned a baccalaureate, graduating first in the region and earning a scholarship to study in France.

"I had no special dream at the time", Mohed says. "Only the ambition not to accept my initial destiny."

Forbidden from attending school, Mohed Altrad learned to read on his own. Eventually, he received a scholarship to study in France

Arrives at Montpellier, he is about 17 years

He spent a few months learning French, but when he started his studies in physics and math at the University of Montpellier, he could understand only one-tenth of what the professors said

During summer breaks from college, Altrad worked in the vineyards around Montpellier picking grapes for €12 a day.

His French had become fluent enough to meet and marry a French woman who was also at the University. While studying, he worked as an engineer for various technology firms.

In 1980, shortly after finishing his PhD, he saw a job posting in Le Monde by the government of Abu Dhabi. He was intrigued by the prospect of returning to the Middle East, and got hired to work in the IT department of the Abu Dhabi National Oil Company.

In 1985, he embarqued on a path that would make him a billionaire. At the time, while vacationing at his in-laws, in the village of Florensac, a neighbour told him about a debt-ridden scaffolding manufacturer that was up for sale. He didn't know the French word for scaffolding, but was interested. He partnered with Richard Alcock, and the pair bought the company for next to nothing and assumed all liabilities.

"It was an intuitive thing", Altrad says. "I saw that the product was very useful, since you need scaffolding in every sector: construction, refineries, airports."

He immediately cut costs and layered in more incentive-based pay - methods the French workforce bought into because the boss had serious skin in the game. Investing and leading by example motivated the French to buy into this method

"I told people that I was putting in all the money I'd earned in five years. They thought: He believes in us.""

Within a year the company was making a small profit and launching subsidiaries in Spain and Italy.

"He never talked about his ambitions," Alcock recalls. "The goal was just to get bigger."

During the recession, the fledging company lost a quarter of its revenues in six months. What saved it, Altrad says, was that he'd seen the downturn coming half a year earlier and had taken all compulsory initiatives to go through this difficult period.

First published in 1994, Badawi is less a celebration of rags-to-riches success than a story about the pain of being caught between two worlds.

He often writes before dawn, when he can't sleep. "Sometimes life is difficult", Altrad says. “Some people do sports, make love or drink. I need to write.” It was well received by critics and won a literary prize in 2003. In 2012 the Academy of Montpellier recommended the novel for its curriculum in regional schools.

He forged ahead, mainly by acquiring smaller competitors and expanded beyond France, into Italy and Spain. In 2003, Altrad capitalised and bought German competitor Plettac.

The company hired public relations strategists to build brand awareness.
Nevertheless, during this phase of strong external growth, Altrad decides to always highlight the unique pathways of the acquired subsidiaries, to give them time to grow and develop fully in the Altrad universe. A way for the entrepreneur to stand out and differentiate himself from his competitors.

"Mohed became well known both as himself and as an entrepreneur", says Alcock

Receives the Legion of Honor in 2005 for his accomplishments, he sometimes feels he might never be able to be French enough.

With the Altrad business booming globally, rugby arrived on the scene.

Altrad had never attended a live match but when Montpellier mayor requested he bail out the financially-stricken local club he stepped in.

"Here in France, when you are owner of a rugby club, it is a political weapon. Most of the politicians see you as an adversary. I'm not. I try to help the city since I'm here."

Non-disclosed debts quickly arose. Much like business world, the sporting sphere doubted and did not accept him immediately either.

"I have to prove maybe more than anyone else that what I'm doing and saying is correct. Apparently, this is the rule of the game for me. But I am progressing. My business is doing well - my club is progressing."

Altrad has invested €20 million of his fortune since purchasing Montpellier rugby and with it, a passionate attachment evolved. 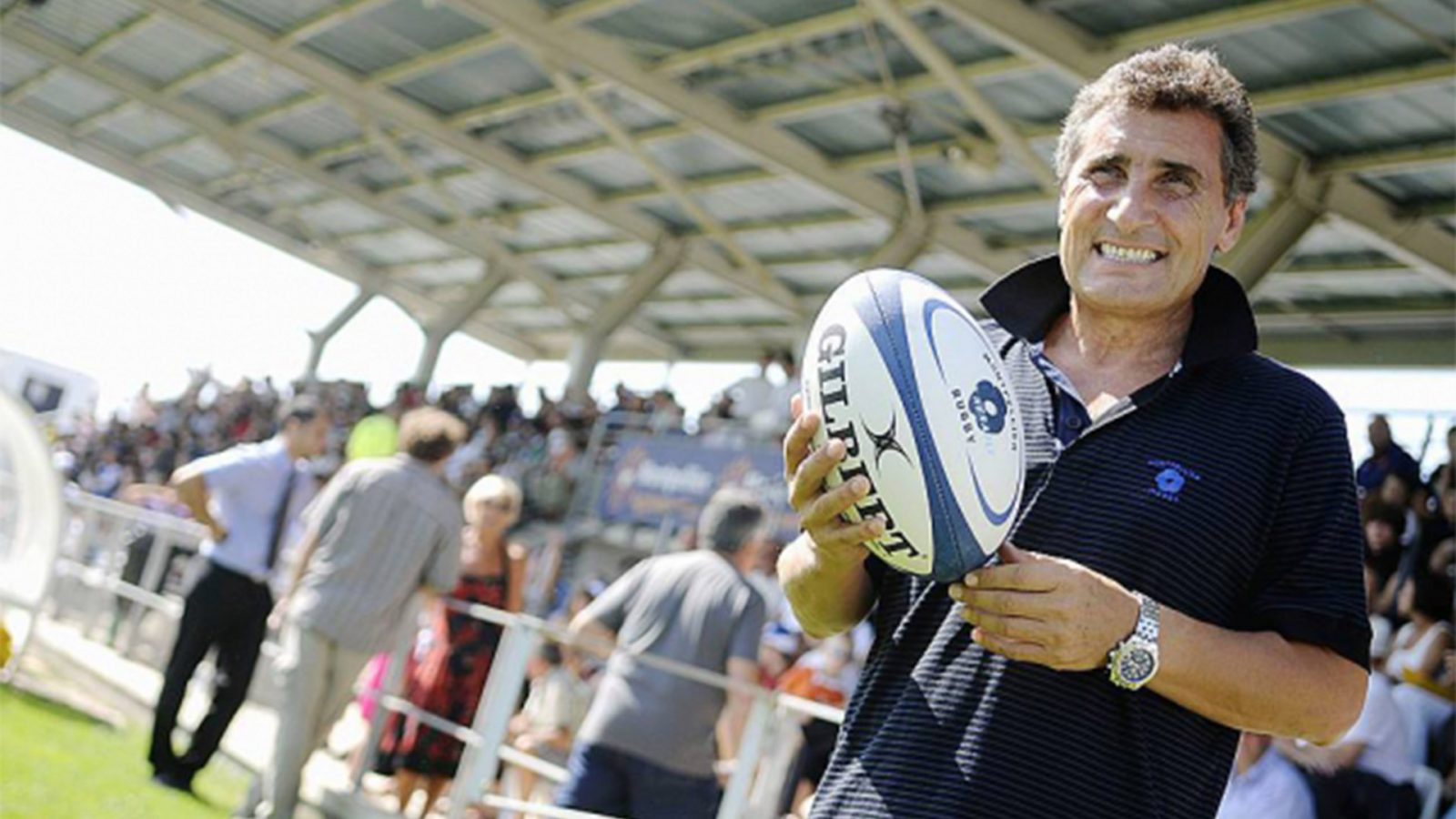 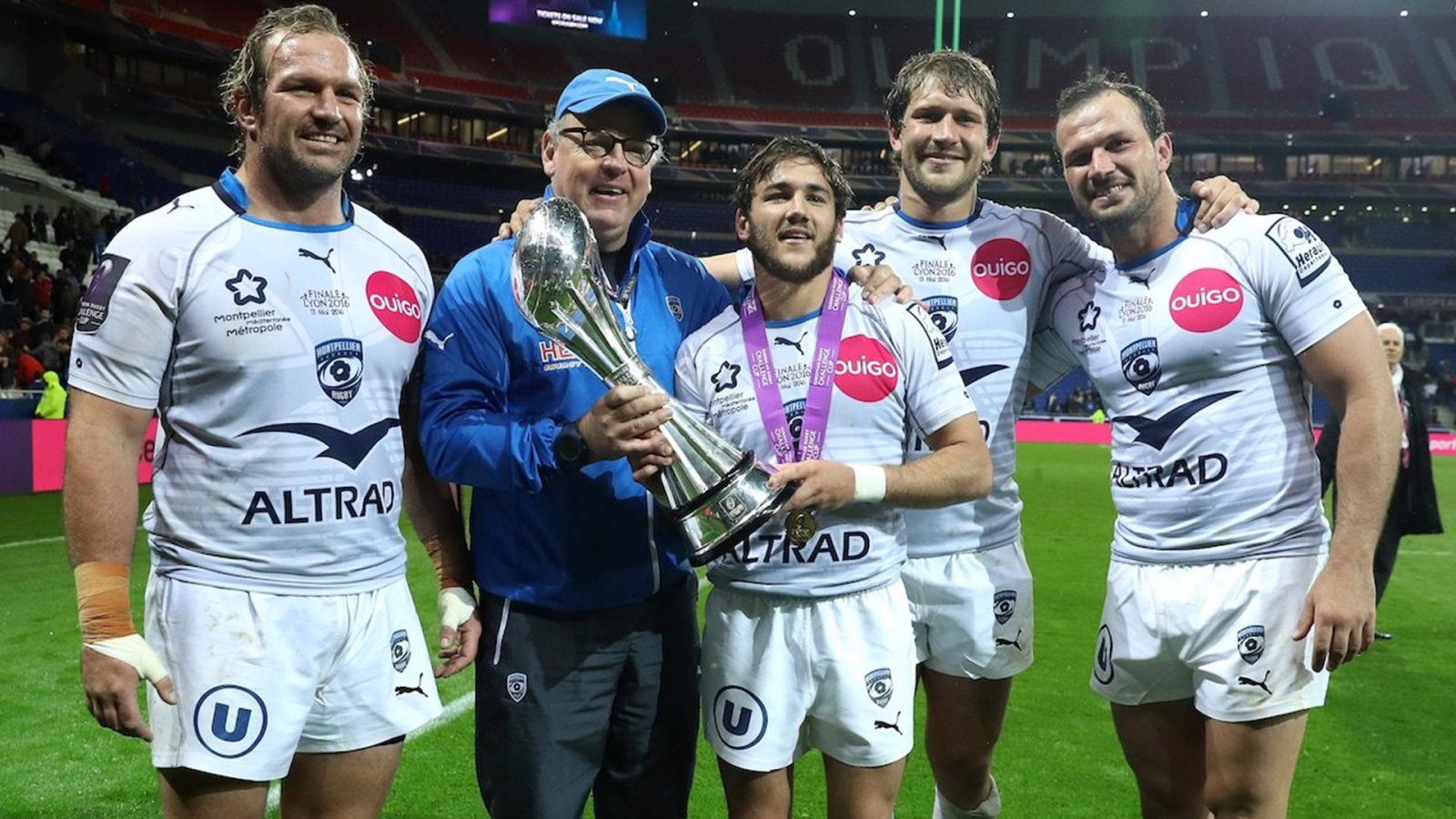 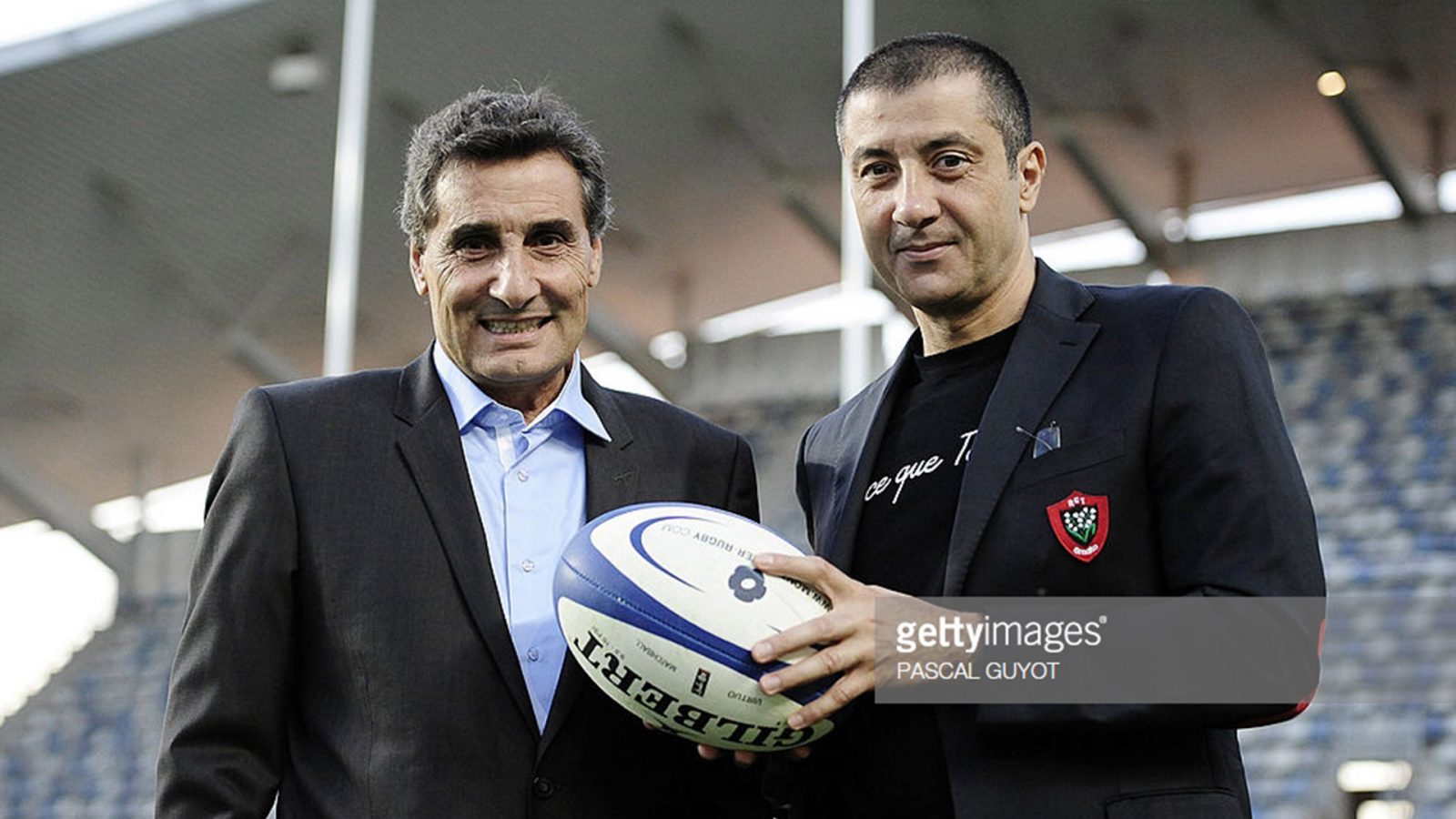 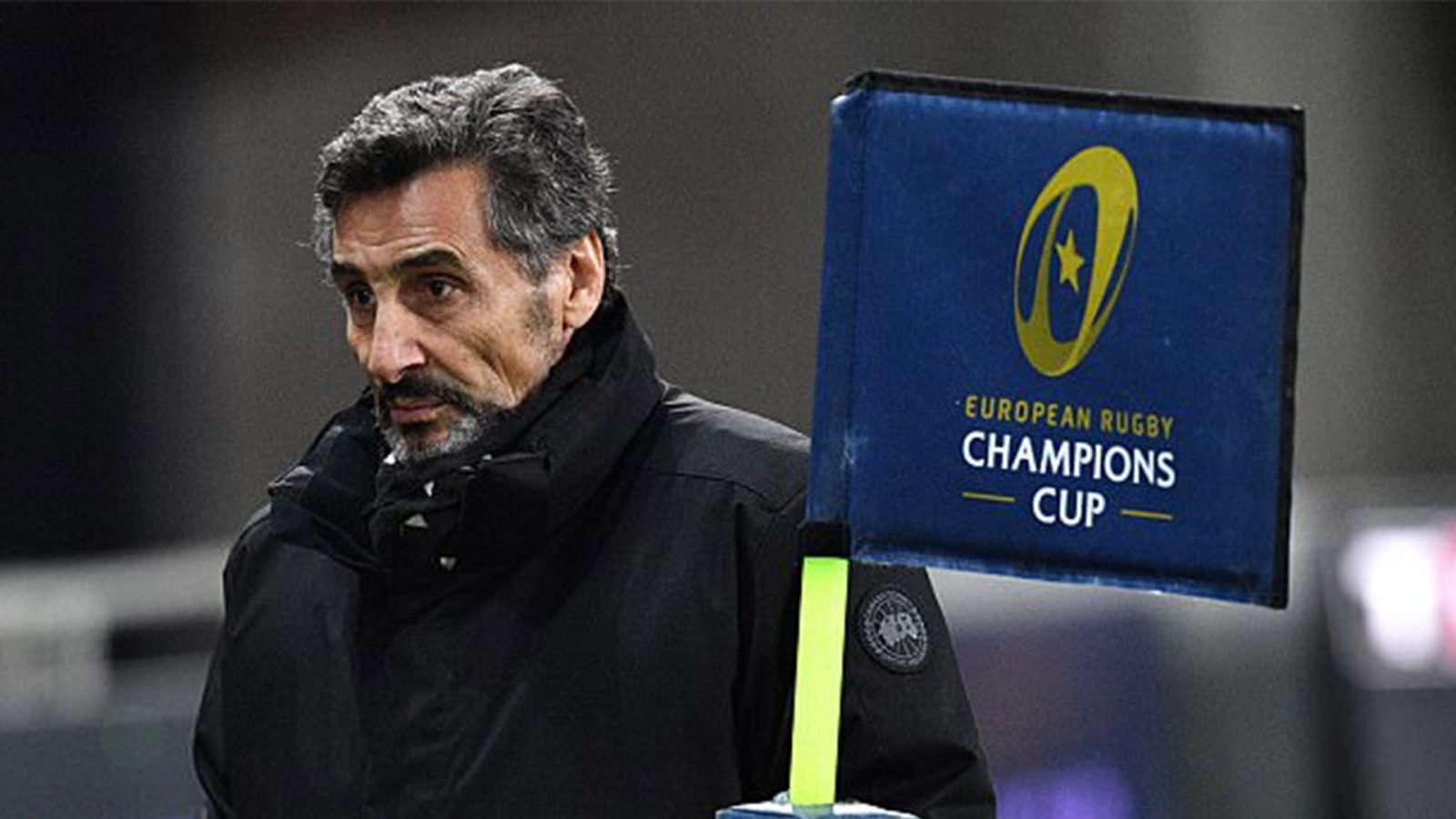 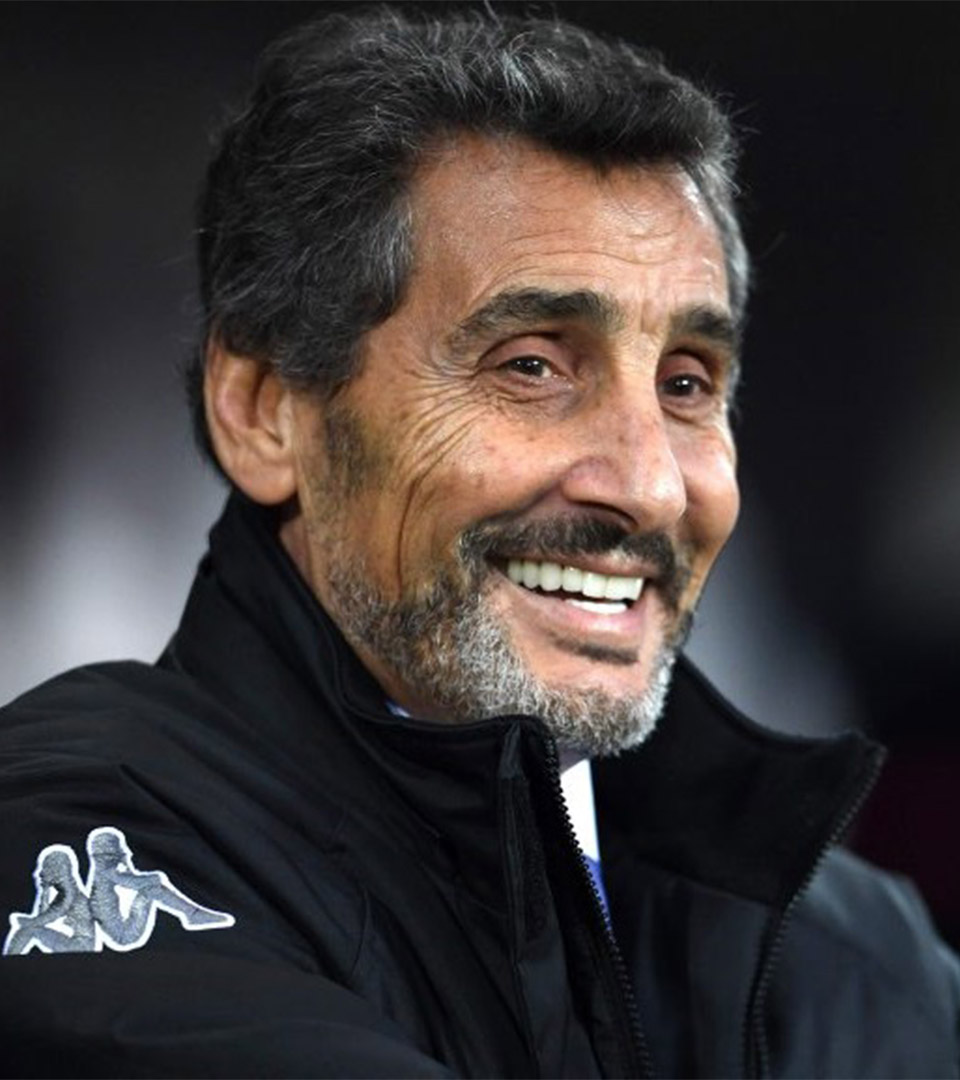 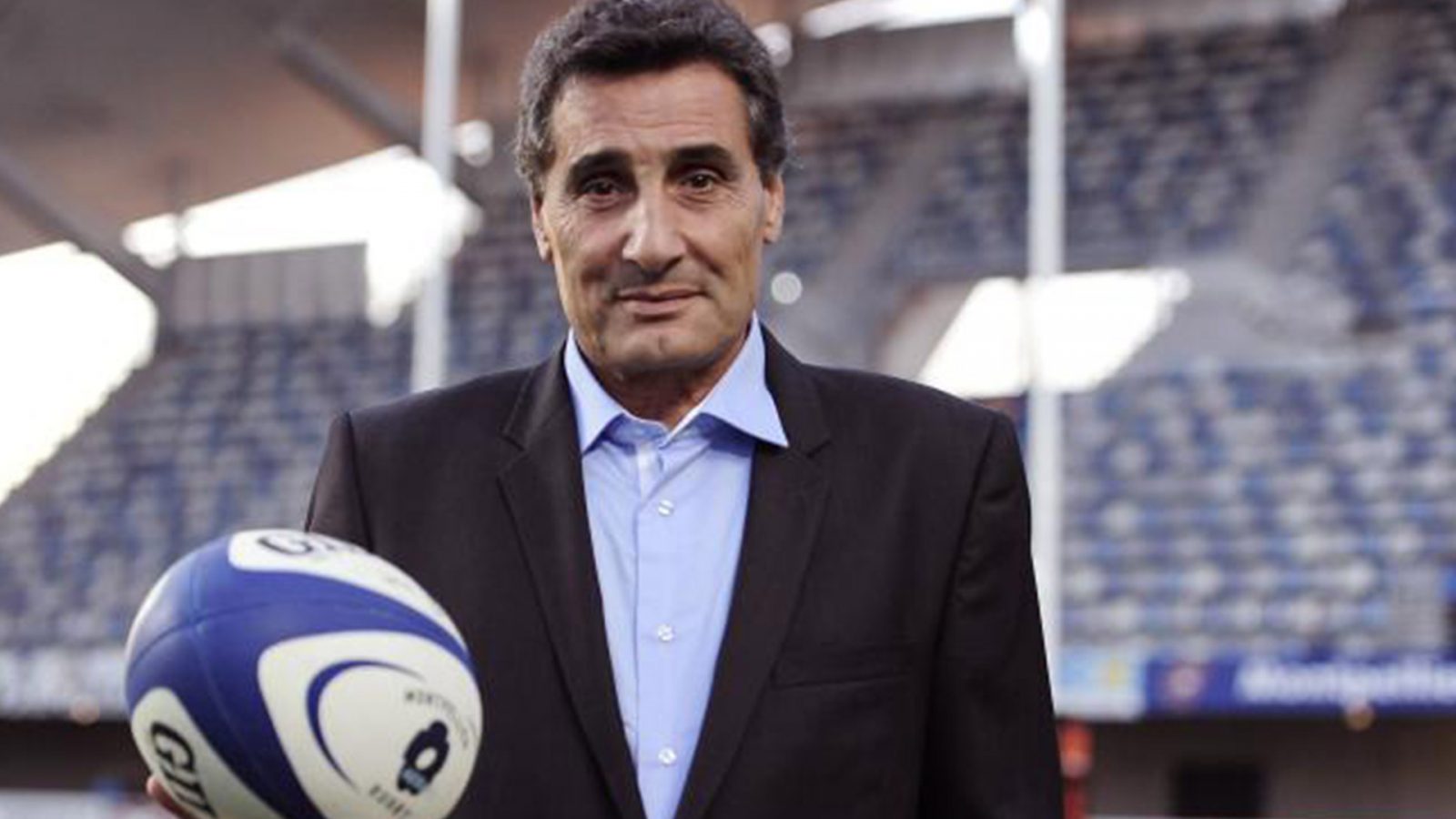 Altrad has committed €35 million over the next five years
towards the French national team.

Mohed supports Doctors Without Borders, and the French League Against cancer.

French Entrepreneur of the Year 2014

Altrad won Ernst & Young's World Entrepreneur Of The Year award. It netted him an invite from then President Barack Obama to speak at a political summit in Nairobi, Kenya

President François Hollande asked Altrad to lead the newly-formed Agence France Entrepreneur, a government organisation promoting entrepreneurship in the country's most impoverished communities that typically rim the outskirts of cities.

"I didn't know anything about it (the agency)", he says

Nevertheless, he accepted.
The agency begins to operate in April 2016. It focuses on 12.8 million French citizens living in 1,500 low-income communities. 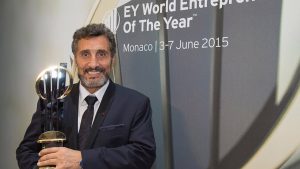 "I'm so honored to receive this prestigious award, especially as there was strong competition from such outstanding entrepreneurs around the world. I want to dedicate this award to everyone, as the objective of life is to help humanity. My story should tell anyone that you can change your destiny."

Between 2015 and 2017, in less than 25 months, Altrad almost triples its size, following the takeover of three leading European industrial services companies: firstly, the Dutch firm Hertel, and then the French group Prezioso Linjebygg, and finally the British company Cape plc.

“When I acquired my first company in 1985, I had no plans in mind to build it into a group with an international dimension. I wanted above all to allow the company to develop. But over the years, many steps have been taken and the Altrad group is now extremely solid. It is true that nothing can be taken for granted, but I think we can all be confident for the future.”

Altrad is a global leader in the provision of industrial services, generating high added value solutions principally for the Oil & Gas, Energy, Power Generation, Process, Environment and Construction sectors. The group is also a recognised leader in the manufacturing of equipment dedicated to the Construction and Building market.

Your browser is out-of-date!

Update your browser to view this website correctly. Update my browser now